A few weeks ago, I told you about the efforts in terms of ecology and renewable energy, set up by the group La Martiniquaise on their production sites. Other distilleries and brands are obviously doing the same and we will talk about it in a moment.

However, I must start this article with an Erratum:

In my previous article, I indicated that the Saint James distillery no longer used any pesticides during the sugar cane production cycle and that the fertilizers were all derived from compost internal to the distillery.
Following a remark from my colleague from the blog durhum.com, which explained to me that these remarks were not quite correct, I deepened my research and multiplied my sources. Basically, I was based on the information contained on the official website of the brand Saint James, which stipulated in my opinion.

However, after verification during a discussion with Marc Sassier(oenologist of the distillery), it turns out that this information was false and that in fact Saint James uses only authorized pesticides, to ensure sufficient yield of sugarcane, but that they do not use any fungicide or insecticide to encourage the fight for the “organic” since the 70s on the whole island of Martinique and that a herbicide treatment is also applied (maximum 4 times in the year), but rest assured, none during the 6 months preceding the cut of the cane.

We were also able to obtain some photos of the methanizer installed on the Sainte-Marie site. 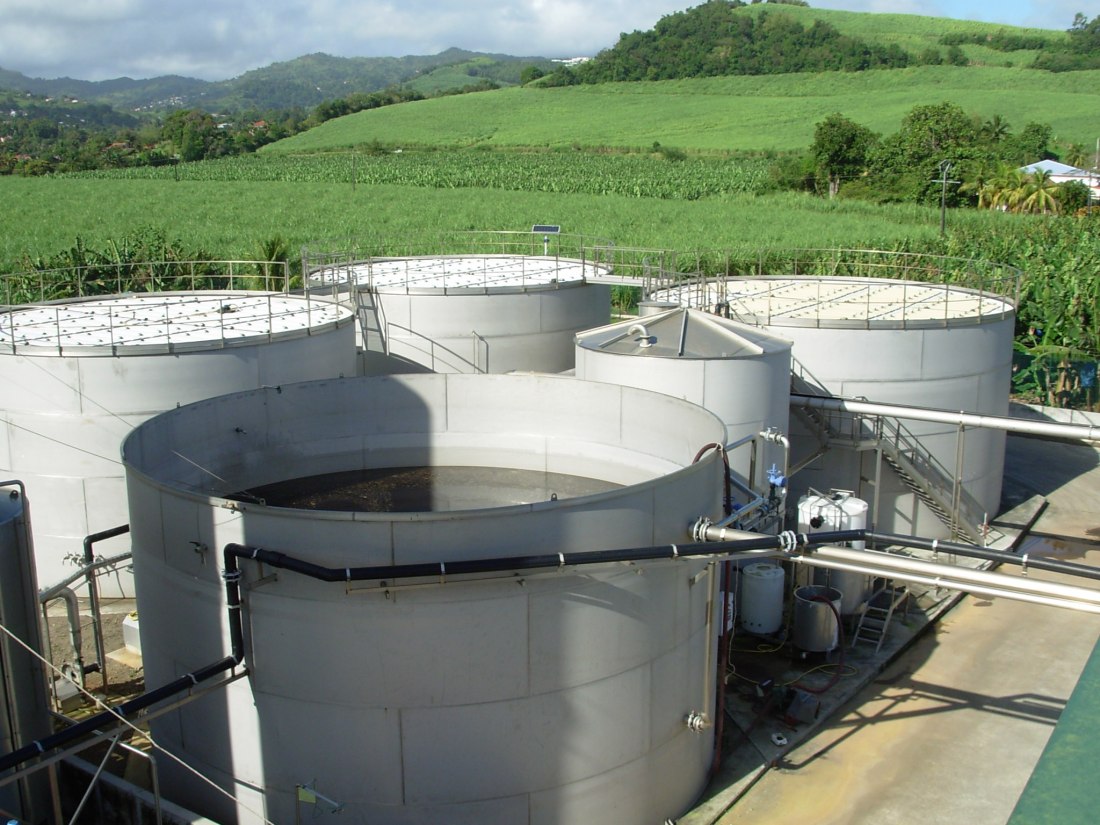 I said earlier that other distilleries were obviously also making efforts for the protection of the environment and a flagrant example would be the Serralés distillery, producer of the famous brand Don Q.

Pioneers in the field of ecology in distilleries, the brand has been investing for several years in the recycling of production waste and the creation of renewable energies.

Here, as in the examples of our previous article, a methanizer is responsible for treating vinasses from distillation, to create biogas to feed the boilers of the distillery. The steam of these boilers will obviously be used to make alcohol, but also to create electricity to supply the premises with energy and thus reduce the use of electricity from elsewhere.

Finally, remaining sludge, following methanation, is filtered and then decomposed into two parts:

All these measures put in place by Don Q have not only earned the brand the “GREEN AWARD 2017” of the magazine The drinks business, but also allow to protect the fauna and flora on the coast of the island, as well as in the ocean.

The Surfrider Foundation, whose main mission is to protect the coasts, oceans and its users against all kinds of pollution, supports the efforts of the Serrallès distillery, which is today a partner of the foundation.

My first contact with a distillery goes back to 2008, in Cap Vert, on the island of Santo Antão. I became a rum enthusiast since and travelled to the french caribbean several times after this to explore and learn more about it, until I founded my own fruit flavored rum brand in Luxembourg, in 2013. Next to this, I also founded the facebook group “La Confrérie du Rhum”, which became the biggest rum forum on the internet a couple of years later. My rums quickly sold out of Luxembourg and became famous in France and Belgium and I continued to learn about my passion by reading and meeting important people of the industry. Today, I'm still the founder and administrator of the “Confrérie du Rhum”, I take part as a jury member at a lot of rum competitions all around the world, host conferences, meeting and tastings on international level and make people discover the infinite possibilities of the rum world. View all posts by therumcreed